Electric England News
Home New Battery Technologies What Is Under The Foam? 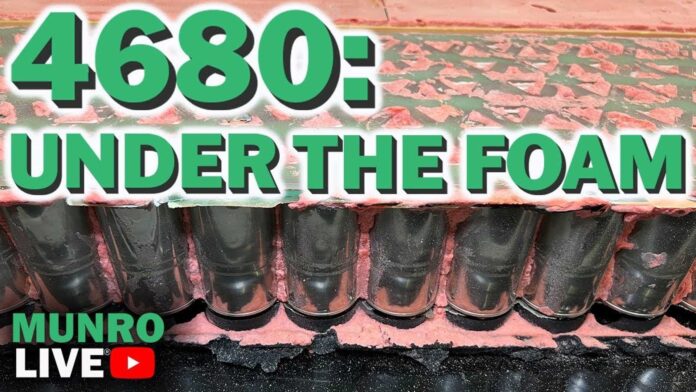 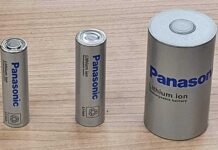 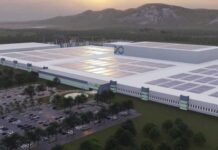 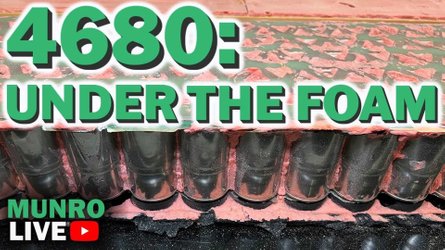 Munro Live progressed slightly on the Made-in-Texas (MIT) Tesla Model Y’s structural battery pack teardown, which happened to be a much more challenging than initially anticipated.

Sandy Munro even noted that “What we have found out so far is that taking this apart is a miserable deal. I cannot begin to tell you how many hours we’ve sunk in on this thing trying to get things to pieces.”

A turning point after opening the lid of the pack has been the use of a rented dry ice blaster, which allows to gradually remove the pink polyurethane foam.

Under the foam, there are Tesla’s 4680-type cylindrical battery cells, arranged in four sections, out of which only one has been revealed so far. Between the sections, there is some kind of a firewall.

According to the initial research, there are 34 cells by 6 cells per section (204 total), which would mean 816 total for the pack – that’s 12 less compared to the previous reports of about 828 (or 690) cells per pack. It’s definitely something that requires a further double check.

Below the cells, there is abs (acrylonitrile-butadiene-styrene, a composite plastic) and a thin layer of mica. As it was said previously, the top of the battery enclosure is steel, while the bottom part is aluminum.

The purpose of many elements inside the pack remains unknown and some are not yet fully “unpinked,” so stay tuned for more.

One interesting thing noted by Sandy Munro is that Tesla’s new battery pack is vastly different than initially expected, even considering that the direction to use physically larger battery cells was known. It’s also completely different from previous Tesla batteries, almost like it comes from a different company.