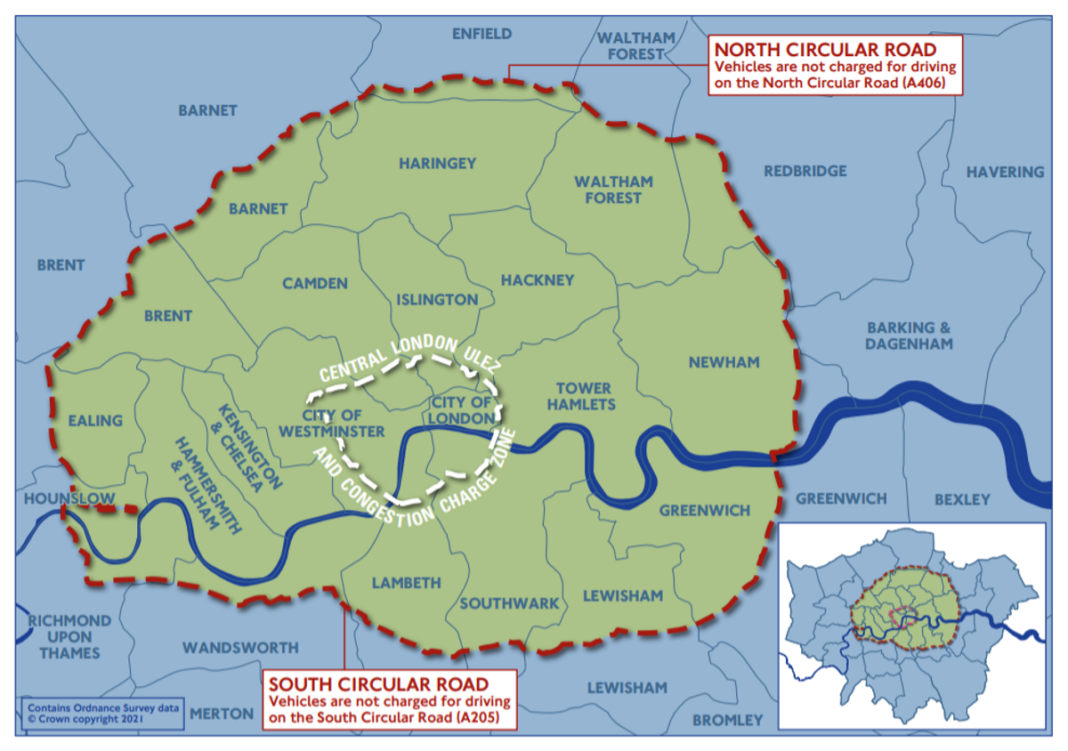 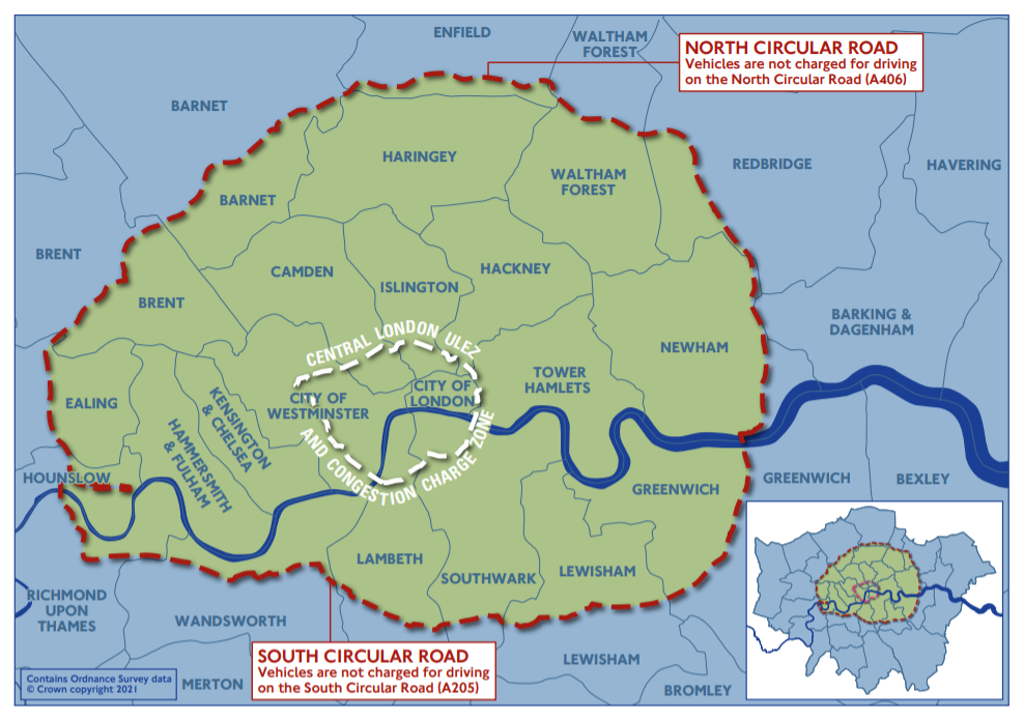 London’s Ultra-Low Emission Zone (ULEZ), which requires vehicles that do not meet tough exhaust standards to pay an entry toll, is having its boundary expanded from Monday 25 October.

The zone, first introduced in April 2019, currently only covers central London but will be greatly extended to reach the North Circular (A406) and South Circular (A205) roads orbiting the city, although those routes themselves will be exempt from the new charge.

The ULEZ, now 18 times larger than its original form, will be in operation 24-hours a day, every day of the year, with the sole exception being Christmas Day on 25 December.

Even a brief passage through the zone in a non-compliant car or leaving one parked inside the new boundary without its being driven will incur a charge as part of tightening emissions requirements, intended to encourage drivers to swap their older models for greener alternatives.

The daily charge amounts to £12.50 for most vehicle types, including cars, motorcycles and vans, but any weighing more than 3.5 tonnes like lorries, buses and coaches will have to shell out £100.

“We would prefer vehicle owners to use a vehicle that meets the required emissions standards rather than pay the daily charge,” Transport for London (TfL) says of the rising cost to drivers.

Explaining the rationale behind the expansion, TfL states: “Despite recent improvements in air quality, toxic air pollution in London remains the biggest environmental risk to the health of all Londoners. It harms our lungs, worsens chronic illnesses such as asthma, lung and heart disease, and puts the health of our children at risk.

“Air pollution is not just a central London problem, with many areas across the city still exceeding the legal limits for pollution. Pollution levels are now returning to pre-pandemic levels across the capital.”

TfL says the ULEZ has had a “transformational impact” on air quality since its introduction, contributing to a 44 per cent nitrogen oxide reduction within its boundary, and pledges that all fees collected will be ploughed back into improving London’s transport network.

The map at the top details the revised boundary and underscores the sheer scale of the new expansion.

There will be no toll booths or barriers in place to enforce the charge, with cameras instead dotted around the ULEZ to read your vehicle’s number plate as it passes into the zone, before cross-referencing it against a database to determine whether a fee is due.

While TfL estimates that 100,000 cars, 35,000 vans and 3,000 lorries could “potentially be affected”, not all vehicles will be liable for the toll, with “Euro 3” motorcycles and mopeds, “Euro 4” petrol cars and vans and “Euro 6” diesel models all excused.

Although vehicles will be judged on their stated emissions rather than the exact age of a specific model, the majority of petrol cars likely to be exempt are those registered with the DVLA after 2005 and from 2015 in the case of diesel cars.

You can determine whether your own vehicle is liable for the ULEZ fee via TfL’s number plate checker and whether the area you are visiting is within its boundary via the same organisation’s postcode checker.

Drivers are also reminded that the above is in addition to the Congestion Charge, which costs £15 per day for anyone entering central London between 7am and 10pm every day, again barring Christmas Day. 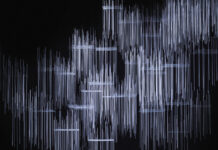 ‘He can do what he likes’: Inside Spotify’s love affair with...