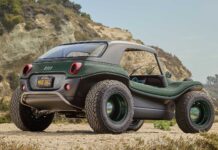 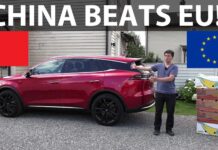 
Even though Stellantis sold more EVs in Europe than Tesla in the first half of 2022, none of its electric models are particularly quick or exciting, since they are all based on the same two platforms (PSA’s EMP1 and EMP2) with the same 134 hp (100 kW) motor and 50 kWh battery pack. But according to a new report, that may change fairly soon as Opel / Vauxhall is reportedly working on a hot hatch version of the upcoming all-electric Astra.

Yeah, we’re working on things that are not too far away, where we’re gonna be embarking in that direction.

He did not share any specifics, but we do know that the upcoming Opel Astra-e will be based on the improved EMP2 V3 platform (also known as STLA Medium). In its base form, it will be front-wheel drive with a 154 horsepower (115 kW) and slightly more torque than before, as well as a larger 54 kWh battery pack. This is reportedly good enough for a WLTP range of over 400 km (250 miles) on one charge, at least in the case of the Astra’s platform-sharing cousin, the upcoming Peugeot e-308.

Mark Adams being a designer talked about how Opel would differentiate the hot hatch version from other models; he said

There’s a fine line between being perceived as sporty and dynamic, which is a positive attribute, let’s say. But at the same time you don’t necessarily want a brand that’s harsh and aggressive. It’s finding that sweet spot, and we have to, as designers, definitely think about those softer factors.

And since the EMP2 V3 platform will support all-wheel drive, it is quite likely that Opel will resort to using a dual-motor setup. If it added another motor that’s as powerful as the front one, the vehicle would have over 300 horsepower, which seems like a good number for something pertaining to be a hot hatch.

The completely electric Opel / Vauxhall Astra (which is going to be called the Astra-E) will debut sometime next year and just like the ICE and hybrid versions available now, its powertrains will be identical to what Peugeot will put in its new e-308 BEV. Furthermore, if Opel makes one, the chance that Peugeot might also make a hot version of the e-308 is high.