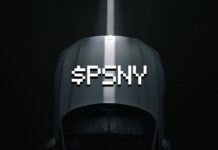 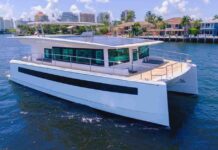 
The folding electric bicycle company Morfuns has recently improved upon the brand’s Eole S model of e-bike that we recently tested, adding suspension and outfitting the bike for an even more comfortable ride. The new model known as the Eole X marks the latest evolution in the brand’s e-bike development.

The new e-bike is actually available in two models. The Eole X sports rear suspension (which appears to be an elastomer-style setup) while the Eole X Pro adds a suspension fork up front for a full-suspension design.

Unlike the carbon fiber Eole S, the X and X Pro are both made with more traditional aluminum frames.

The bikes are outfitted with a 36V and 10Ah seat post battery in the base model, with an optional upgrade to a 36V 15Ah battery to add 50% more range. A locking seat post clamp allows riders to leave the seat and battery on the bike while parked outside.

The company claims a range of 75 km (41 miles) with the base battery and a whopping 115 km (71 miles) with the larger 15Ah battery, though those numbers are almost certainly the optimistic level 1 pedal assist figures.

For riders that want to push their range figures even further skyward, an optional bottle battery can be strapped onto the frame to add an additional 7Ah to the 36V battery, with the company claiming a combined maximum range of 170 km (106 miles).

Regardless of how accurate those range figures are, one thing is certain: Whatever battery you choose will be powering a 350W motor in the Americas or a downgraded 250W motor in Europe.

The models don’t show a throttle, which are not legal on e-bikes in Europe, but Morfuns has supplied the Eole S with a throttle to American customers before, so it could be included on bikes destined for the US.

Despite the rather low power, Morfuns says the motors output up to 64 Nm of torque, claiming the bikes can handle hills with between 20-30º of incline. An 8-speed Shimano deraileur should make it easier for riders to drop into low gear and help the bike up steep hills if those lofty climbing figures don’t exactly pan out.

Both models include hydraulic disc brakes and 20″ wheels. The Eole X’s tires are 2.0″ wide and the Eole X Pro gets slightly wider 2.2″ tires.

As a reminder, Morfuns is using crowdfunding via Indiegogo to pre-sell its latest electric bike models. While crowdfunding has been used by many of the largest and most established electric bicycle brands, it still comes with risks since it is not a direct sale but rather a “pledge” or “backing” in exchange for the promise of a product.

Here at Electrek, we only cover crowdfunding campaigns in cases where the company is either an established brand with a reputation for successfully delivering products, or when the company lets us physically test the product in advance to ensure it works as well as they claim. In this case, we’ve seen Morfuns operate successfully for years and have had previous experience testing the company’s e-bikes.

We’ve also noticed other publications beginning to adopt our crowdfunding coverage rule, which is great for the industry.

The ruggedness and durability of minimalist folding electric bike frames have been a growing concern ever since the crowdfunded Fiido X was recalled for a design defect that caused the bike to break in half.

Morfuns alluded to that bike when discussing why they chose aluminum over magnesium, explaining that they “recognized the problem of mass frame breakage in another brand, so Morfuns chose the more traditional but more reliable option of aluminum alloy welding.”

It seems Morfuns may be attempting to head off any reliability concerns, sharing a GIF of accelerated load testing performed on the aluminum frame. As the company explained, “through rigorous vibration testing, Morfuns far exceeds industry standards, and the original frame design provides higher stability.”

We hope to get a chance to test out the Eole X Pro soon and compare it to our experience on the Eole S, which was already a great option for riders with fairly smooth roads on their commutes.

Until then, let’s hear what you think. Share your thoughts on the Eole X in the comments section below!