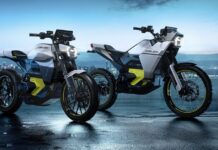 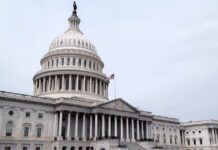 
Months after initially announcing plans for a combined merger with Gores Guggenheim, Inc, Swedish EV automaker Polestar has successfully completed the task and has listed on the nasdaq under ticker symbol $PSNY, beginning today.

The EV automaker first announced plans for a combined merger in September of 2021 with Gores Guggenheim, Inc. – a Special Purpose Acquisition Company (SPAC) formed by affiliates of The Gores Group and Guggenheim Capital, LLC.

This merger comes at an opportune time as Polestar recently announced record sales for the year to date led by an increase in Polestar 2 orders by 290% compared to the same period last year. Polestar has also joined six new global markets this year, totaling 25 countries home to 130 retail footprints.

With its bespoke Polestar 3 SUV scheduled to launch this fall and two more new models to follow through 2024, there is a lot to be optimistic about when thinking about Polestar’s future. Now that is has officially listed on the nasdaq, the public can invest in Polestar’s future as well.

The EV automaker shared news of its official listing a press release today alongside quotes from some of its executives, including CEO Thomas Ingenlath:

This is a hugely proud moment for the entire team at Polestar. We will now open a new chapter in our story that can be summarized in one word – growth. By 2025 we aim to be selling 290,000 cars per year, 10 times as many as we sold in 2021. We already have a real and successful business; this listing gives us the funds and platform to help deliver our ambitious future plans and drive industry-leading sustainability goals forward.

According to the release, Polestar will celebrate its official debut in New York City on June 28 when it rings the opening bell as Nasdaq. The event will be streamed live online at the following link: at https://livestream.com/accounts/27896496/events/10423292