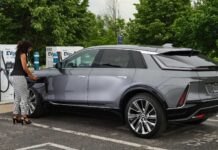 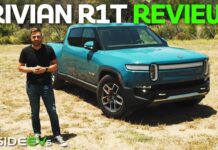 Posted on EVANNEX on September 18, 2021 by Charles Morris

If you can’t beat ‘em on your own, maybe you can join up with someone else to beat ‘em. As legacy automakers struggle to catch up to Tesla, many are exploring new collaborations to spread out the costs of developing new technology.

Above: GM and Honda are combining forces to use the same electric vehicle platform moving forward (Source: GM)

The old-line brands are belatedly accelerating their transition to EVs, and they seem to be finding it a painful process. One of their biggest challenges is keeping costs down to a level that would allow them to sell new models at a profit. In a sense, they’re caught between the rock of high battery costs and the hard place of keeping EV prices low enough to entice buyers.

According to Nikkei Asia, developing a new EV model costs some $455 million, and converting production lines to build EVs costs about $90-135 million per factory. Batteries account for 40% to 50% of production costs.

Several automakers have paired off to share their EV platforms, allowing them to standardize motors, batteries, inverters and other key components, and reduce costs through economies of scale.

The Nissan/Renault/Mitsubishi alliance has developed a common EV platform, and plans to share around 70% of motors, batteries and other EV components among the three brands. Toyota, Suzuki and Daihatsu have formed a partnership to develop electrified commercial vehicles. Volkswagen and Ford hooked up in June to develop electric and autonomous vehicle technology.

Honda and GM announced plans to jointly develop two new EVs back in April 2020. Vehicles bearing Honda nameplates will be built on GM’s Ultium platform at GM plants in North America. More recently, Nikkei Asia reported that the two automakers have a new plan to produce EVs for the North American market based on Honda’s e:Architecture platform.

This would be a puzzling role reversal, and it appears to be only a rumor at this point. Darryll Harrison, GM’s head of Global EV/AV Communications, told me, “General Motors and Honda have only one BEV platform agreement relating to Ultium. Beyond that, we aren’t able to comment on speculation.”